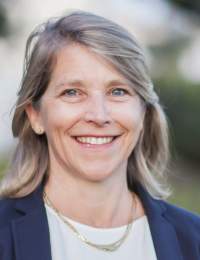 Although having the Dutch nationality, Bernadette was born in Uganda during the time her father worked there in a clinic as general practitioner. Eventually her parents moved back to the Netherlands and Bernadette went to study medicine at the State University of Leiden, Holland after which she did her specialization at the Catholic University of Leuven in Belgium to become a family doctor.
Foreign countries and cultures have always attracted her. During and directly after her studies she worked as an assistant in a leprosy centre in India, did research in Pretoria, South Africa and was educated in acupuncture in Colombo, Sri Lanka. She passed her Acupuncture exam with the Dutch Physician Acupuncture Society.
As a certified general practitioner she worked for over 10 years in several practices both in Belgium and
Holland. She also worked as a G.P. in psycho-geriatric and somatic homes for the elderly.
During these years she followed a master of arts in psychology at the Benelux University of Antwerp, Belgium
and graduated in 1996.
In 2003 she moved to southern Spain and worked as a general practitioner in a private practice. Soon she
started her own practice and worked for several medical centres, including the Spanish National Healthcare
(SAS, Servicio Andaluz de Salud).
With over 15 years of experience as a G.P. in the Málaga region, Bernadette is very well informed about the
Spanish healthcare, both private and public. Being fluent in Spanish, Bernadette is able to discuss medical
issues with Spanish colleagues and specialists, many of which she knows personally.
By rebuilding the old practice into her brand new Mar y Salud Centre, a lot of disciplines have come together,
which has always been her vision. Bernadette’s wish is to run the centre in a holistic way: It’s not only about
getting better, but about staying better and feeling good as well. Mens sana in corpere sano, a healthy mind
in a healthy body.
Bernadette speaks English, German, French, Spanish and Dutch.
Bernadette currently lives in Málaga and her 3 children are studying. When not at work, she likes to spend time
with family and friends, walk in the mountains, travel, play tennis or chess.